Want to Have Healthy Cholesterol Levels? Here’s What You Need to Know

Want to Have Healthy Cholesterol Levels? Here’s What You Need to Know 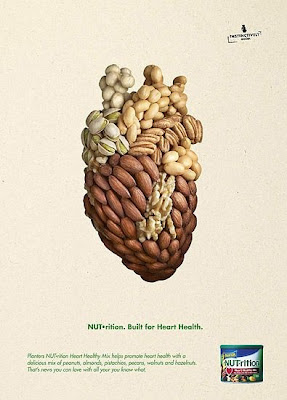 It may surprise you but one in six people suffer from bad cholesterol. It may further surprise you, but there are no obvious symptoms. That is the most alarming point, because without having your blood checked, you could be on the road to a stroke or heart disease without even knowing it.

The first thing I found out from my doctor about healthy levels of cholesterol is that it’s easy to get off track and eat foods high in saturated fat that are the primary contributor to higher levels of LDL cholesterol.

Low density lipoproteins are the fat molecules that make up bad cholesterol when food is broken down in the digestive process. Healthy levels of cholesterol as defined as total cholesterol at or below 199mg/dl according to the American Heart Association.

Healthy levels of cholesterol are thrown out of sync when LDL as part of the total cholesterol mix is above 99mg/dl. There are several contributing factors including sedentary life style with little exercise, smoking, and eating too many foods with saturated fat and Omega 6.

The primary culprits are foods containing rich gravy, animal fat like red meat, and heavy reliance on dairy products like eggs and butter or milk. There is a work a round to these issues that include eating less meat and choosing lean cuts with no fat, along with using egg beaters and eliminating the yoke when making eggs.

What role does Omega 3 play?

In order to maintain healthy levels of cholesterol, it’s necessary to integrate high levels of omega 3 into your diet to counter the bad LDL causing foods. The benefits of omega 3 in foods are the fatty acids that fight bad cholesterol.

These fatty acids are found in healthy foods like nuts, green vegetables, lentils, fruit and sea food including cold water fish. Fish in particular with high levels of DHA and EPA fatty acids promote good cholesterol known as HDL that helps to cleanse the body of heart disease- causing LDL. Benefits of omega 3 also include reducing triglycerides that build up in cells and cause weight gain which in turn tends to increase blood pressure and the occurrence of stroke as well as heart disease.

Is it any wonder that certain populations around the globe like the Eskimos have very low rates of heart disease amongst the population? The same can be said of people who consume a diet such as those in Mediterranean. The common component is the benefits of omega 3, especially the fatty acids found in fish.

The benefits of omega 3 will come from the healthy diet part of the puzzle, but there is no substitute to exercising you heart by walking for at least thirty minutes three to five times per week. This will burn calories, reduce bad cholesterol and give you more energy.

Now that you know the facts, exercising on a moderate but consistent level, along with the benefits of omega 3, will go a long way to sustaining your good health while maintaining healthy levels of cholesterol. Now, take care of business!